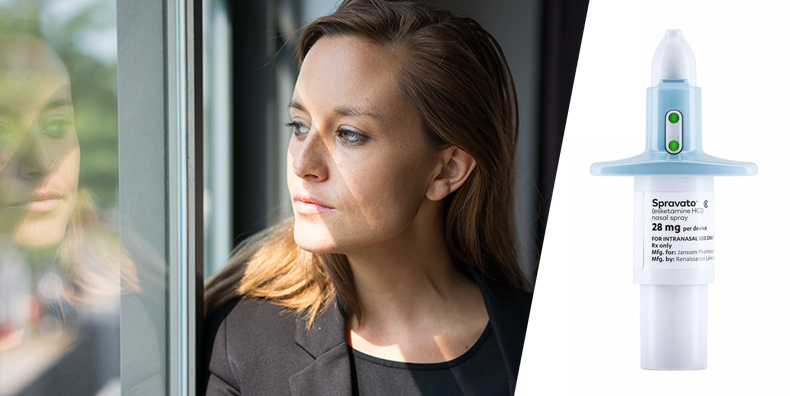 Esketamine is the first novel antidepressant introduced in over three decades. It was FDA approved for Treatment Resistant Depression (TRD) in March of 2019. This medication is to be used in conjunction with an oral antidepressant. Esketamine is administered by the patient in the doctor’s office via intranasal route. The induction phase consist of twice weekly treatment fo weeks 1-5, then once weekly for weeks 5-8, then weekly or biweekly thereafter for the remainder of the year. Some insurance companies have already started to approve the medication for TRD and in some cases Janssen can help assist the patient with the approval process. Patient will be instructed to have no food or liquids 30 minutes prior to administration of Esketamine and the doctor or assistant will observe for two hours for post administration monitoring. Esketamine appears to be reasonably tolerated as only 5 percent of patients discontinued treatment due to side effects over the course of one year of treatment. The most common side effects include bitter aftertaste, nausea, dizziness and sedation. Esketamine increases blood pressure by 5-10 mm Hg and this tends to peak about 40 minutes post infusion before gradually resolving. Dissociation (sense of feeling drugged or detached) is also commonly reported, but will dissipate within 1-2 hours. Why is Esketamine or Ketamine so exciting? Because it can provide almost immediate effects oftentimes can be maintained by providing continued or intermittent dosing.